Posted by Shonda Ponder at 9:22 AM No comments: 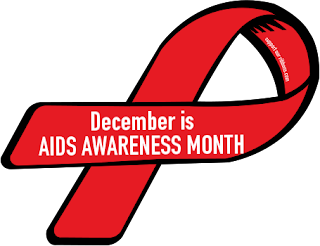 AIDS is a medical condition. A person is diagnosed with AIDS when their immune system is too weak to fight off infections.

Since AIDS was first identified in the early 1980s, an unprecedented number of people have been affected by the global AIDS epidemic. Today, there are an estimated 34 million people living with HIV and AIDS worldwide.

Around 2.7 million people became infected with HIV in 2010. Sub-Saharan Africa has been hardest hit by the epidemic; in 2010 over two-thirds of AIDS deaths were in this region.

The epidemic has had a devastating impact on societies, economies and infrastructures. In countries most severely affected, life expectancy has been reduced by as much as 20 years. Young adults in their productive years are the most at-risk population, so many countries have faced a slow-down in economic growth and an increase in household poverty. HIV and AIDS in Asia causes a greater loss of productivity than any other disease. An adult's most productive years are also their most reproductive and so many of the age group who have died from AIDS have left children behind. In sub-Saharan Africa the AIDS epidemic has orphaned nearly 15 million children.

In recent years, the response to the epidemic has been intensified; from 2002-2008 spending on HIV and AIDS in low- and middle-income countries increased 6-fold. Since 2008, spending has not increased so substantially, but it is still significantly higher than it was before 2002. The number of people on antiretroviral treatment has increased, the annual number of AIDS deaths has declined, and the global percentage of people infected with HIV has stabilised.

*Sources: From AVERT, AVERTing HIV and AIDS, http://www.avert.org/aids.htm
Posted by Shonda Ponder at 8:53 AM No comments: